What We Can Learn from Pandemics Past & Present

The last few months have been weird. A lot of us have suddenly found ourselves with way too much time on our hands and we’re not quite sure what to do with it. I don’t think people in this technology / social media generation handle boredom very well. The lifestyle we’ve adopted isn’t really designed for it. There’s always something new to see or somewhere new to go, something that needs our attention.

But sometimes it seems like I’ve watched pretty much everything there is to watch on Netflix, Hulu, and Disney+. Sometimes it seems like I’ve liked every tweet, Instagram post, and TikTok there is to see and like. Sometimes there’s little else to do other than sit with myself and think. There’s nowhere to go and nothing to see other than what’s around me.

An optimist will say that’s a good thing. We have to slow down, talk to our families, maybe spend time with nature and watch the sunset. But a realist—or a cynic—will call it a rude awakening. We have no choice but to slow down and look at what’s around us, our own country and communities. As a nation, the U.S. often likes to boast its status as the “greatest” in the world. But where are we now in terms of our economy, our government, our democracy, and our values?

The World Health Organization (WHO) defines a pandemic as “the worldwide spread of a new disease.” COVID-19 is nowhere near the first pandemic in history and unfortunately, it most likely won’t be the last. Some major past (and ongoing) pandemics include:

In an article published in The New Yorker, reporter Isaac Chotiner interviews Frank M. Snowden, a professor emeritus at Yale whose studies focus on history and the history of medicine. Professor Snowden published a book called “Epidemics and Society: From the Black Death to the Present.” The book explores the way disease outbreaks influence society and interfere with the systems that hold them together—government, economy, and democracy.

Snowden writes, “Epidemic diseases are not random events that afflict societies capriciously and without warning…. On the contrary, every society produces its own vulnerabilities. To study them is to understand that society’s structure, its standard of living, and its political priorities.”

Widespread pandemics spark questions regarding philosophy, religion, and morality. Disease is an “invisible killer” without a physical body to act through or a mind to guide it. It is not alive, but it almost seems to have a life of its own.

Past pandemics: Where we’ve been

The Black Death ravaged through the globe, especially Europe, killing almost a third of the Earth’s population. It traveled quickly and efficiently, killing without question and without discrimination. It took advantage of the developments of the “New World,” one revolving around trade and increasing communication that made the world seem smaller than it ever had been. Ships could collect goods and people on one side of the Earth and transfer them to the other, but they also unknowingly transferred pathogens that caused the plague. Suddenly there were all these new spaces for new economic opportunities. But those spaces were man-made, whereas disease wasn’t. Europe was prepared for its economic opportunities because it had created space for it, but it wasn’t prepared for a plague, and the results were devastating. 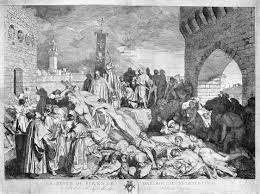 The plague in Europe and other past pandemics interfered with the course of everyday life, changing the way people lived and the way they thought. Disease has influenced the institutional systems that support those thoughts, such as government and religion. According to research, the plague “[challenged] the institutions that provided…people with stability and guidance.” One of these institutions was the Catholic Church, which suddenly could not provide the answers people searched for.

The Atlantic published an article called “What the Great Plague of Athens Can Teach Us Now,” in reference to COVID-19. The Great Plague of Athens broke out in 430 B.C., during the second year of the Peloponnesian War in ancient Greece between Athens and Sparta. Researchers claim that the Great Plague altered the course of the war and acted as an important factor in Athens’ defeat, even though the war lasted 26 years after the pandemic started. The plague took about 100,000 lives—including Pericles, the Athenian general and statesman—but it also “significantly shaped the peace that came afterward, planting the seeds that would weaken and then destroy Athenian democracy.” 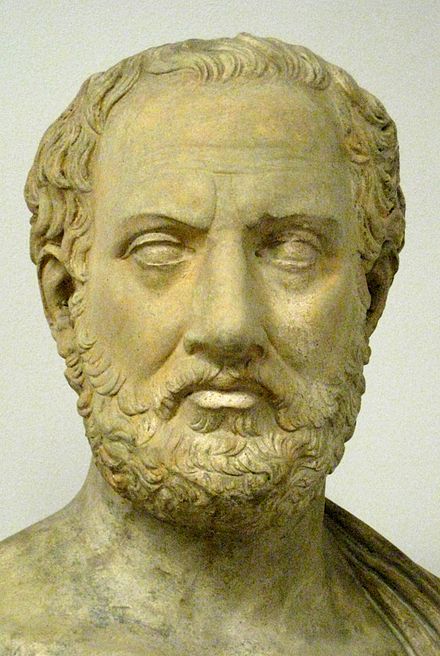 Ancient Greek historian Thucydides published his History of the Peloponnesian War with an account of the Great Plague. He analyzed “fear and self-interest” and how they have the power to “guide individual motives, and consequently the fate of nations.” Thucydides claimed that part of why the plague was so detrimental was because it exploited the community’s weaknesses, such as lack of proper housing and sanitation practices, which increased transmission.

Thucydides also claims that the epidemic interfered with the Athenians’ collective sense of morality in the face of adversity, such as plague or war. He writes, “For the violence of the calamity was such that men, not knowing where to turn, grew reckless of all law, human and divine…. Men who had hitherto concealed what they took pleasure in, now grew bolder.” The war and the plague damaged Athenian society and, essentially, its sense of self.

Where are we now?

So, what can we learn from medieval Europe and Ancient Greece? Again, there’s a lot of time now to stop and think and look around us. The U.S. government ignored warnings and failed to prepare for the pandemic. Our nation’s leader repeatedly spits out nonsensical and dangerously inaccurate advice and dismisses the need to update his citizens on the pandemic, saying it’s “not worth the time and effort.”

Coronavirus is also highlighting already existing race and class lines and “deepening American inequality.” Specifically, job loss impacts people of color disproportionately because, more often, people in these communities work in the service industry, businesses that shut down to control the virus. As a result, these workers are more vulnerable financially, but inevitably more vulnerable to the disease itself and complications. Losing a job also means losing health insurance.

But the pandemic itself has not created the inequality or the divisions between communities. Instead, it has just traveled along the lines that were already there. Urban Institute research associate Steven Brown says to CNN Business, “When white America catches a cold, black America catches pneumonia.” The virus itself is new, but our response to it isn’t.

The Black Plague challenged people’s trust in religion and sparked questions regarding life, morality, and trust in the institution. But the truth is, the Catholic Church was already declining before the Plague struck, and it just grew even weaker under the additional impact. Its motives had begun to shift away from God and morality, “toward wealth and political power.”

Athens was already in a state of emergency because of the war. Fear made the city-state more vulnerable, and the uncertainty of the Great Plague chipped away at its confidence as a nation to the point where Athens couldn’t recover.

The United States was already divided along race and class lines. It already had a president who was unqualified to handle the situation. The government ignored warnings about the virus and chose not to shut down to protect its citizens; it chose to protect its economy instead. Athens was one of the most powerful city-states in Ancient Greece, just like the United States claims to be the “greatest” nation in the world. Now it’s becoming even clearer that that’s just probably not the case. The city of Athens lost faith in itself as a nation as well as its ability to self-govern, and that’s part of why it fell. The plague tested its identity, and coronavirus is testing all of our identities now.

Plagues and pandemics have the power to collapse nations not only because of the threat of illness, but because they target those nations’ weaknesses. Humans can fight about borders and territory because we’ve designed and redesigned those lines ourselves. Or we can fight about money and politics because we made those rules too. But these disease outbreaks are different because they are things we can’t create or change. Disease can collapse a nation by showing its broken parts, and then we have to wait and see what’s left after it passes.